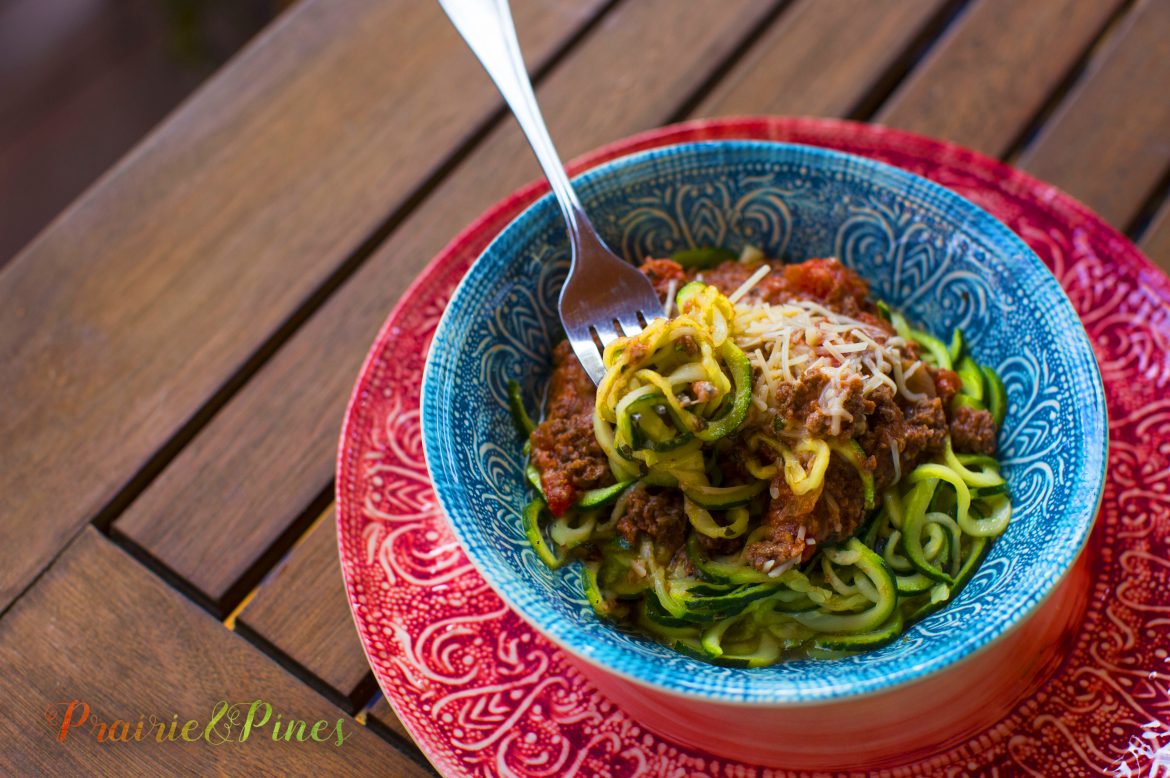 To me, Spaghetti with a great meat sauce is the ultimate comfort food. Maybe that’s because my Mom made great spaghetti and whenever I walk into a house that’s had a pot of sauce simmering, I’m transported back to being a kid again. Her version had carrots and red wine in it and she called it “bolognese”. She never had a recipe so when I got married I basically started winging my own version. But alas… I was both a horrible and adventurous cook (bad combo!). I had seen my mom throwing spices into a pot with reckless abandon and I thought if you just kept adding new flavors it would come together eventually. I even tried throwing curry into it once. <cringe>. That’s when I knew my husband really loved me… when he took a bite… and swallowed. And did not say a word. That’s also the night I decided to start using recipes. But somehow, nothing was quite 100% right. I gave up on perfecting a lot of things… but spaghetti was something I loved… so I kept experimenting. I’ve landed on this particular arrangement… and people ask for my recipe often. So… either they’re being polite… or it’s good. Either way, here’s the recipe. Pictured on “herbed noodles” instead of wheat pasta.

Sarah’s Spaghetti Sauce was last modified: April 7th, 2017 by Sarah in the Pines